What is a Spell Really? 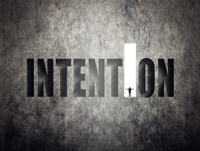 So what the heck is a magick spell anyway? We get so many questions via email about magick spells that we thought it was time to set the story straight. People email us wanting magick spells for protection and healing, wiccan spells, magick spells for success, simple spells, complex spells and more. We can tell from these questions that there is a lot of confusion about what a spell really is, and what it can do. So, to set the record straight on magick spells…

Many people think that a magick spell is a set of highly charged or highly blessed words that will somehow change their entire lives. It’s true that spells have the ability to change many things in our lives, but words alone have little power. That’s not the power behind magick spells.

Simply stated, a magick spell is a formalized intention. We use our intention everyday – to show up for work, to complete a project, to exercise or even just to make breakfast in the morning. Because these tasks are familiar to us, we usually don’t take the time to formalize written spells for each of them. We really only need to use spells to formalize our intention when conditions are beyond our abilities to change on the mundane level.

For instance, if a situation in the government is beyond your ability to affect as a private citizen, a spell might be appropriate to use. A magick spell channels our own intentions in body, mind and spirit in a single direction, and draws on additional assistance from powers and beings that hold similar intentions. In a sense, one could say that a spell gathers the cumulative intentions of like-minded individuals, and via the path of least resistance applies these intentions to change situations.

Keep in mind, however, that to be effective a spell must be carefully planned and written for its specific purpose, taking into account all the factors and forces involved in the situation. A practitioner has to determine the type of obstacles to be overcome, the powers and beings involved, and the scope and type of spell that would be effective. Therefore, using generic spells that have been written by other people at other times can be quite dangerous, and is most likely breaking Rules of the Road, the rules that govern the practice of magic. We recommend always doing thorough tarot readings before attempting to use any spell. Don’t think that any combination of words alone will achieve extraordinary results. While spells do magnify our force, they require a large investment of attention and force to plan and launch.

All of these spells use some material object (candle, tarot cards or figurines) to channel and focus our intention (remember that a spell is a formalized intention). With candle spells, the practitioner usually carves symbols onto the candle, then paints or anoints the candle. The candle is then lit and one or more verses are said. The symbols and verses define the parameters of the spell, and the energy from the candle flame sends the practitioner’s intention out into the Universe, where it works to create the intended effect.

Now that we’ve reviewed three basic types of spells, let’s take a look at some popular ideas about spells. In Harry Potter, for instance, students of the Hogwarts School are constantly waving their wands and casting spells. How accurate is this? Not very. First, most of the spells are fire-related spells, which means they are energizing or transforming spells. Since the students are using wooden wands, fire spells would not be very effective. Sending fire energy down a wooden wand would cause the wand to explode or ignite. In real magical practice, the fire tool of choice is the Athame, or magical knife. Similarly, the water tool is the Chalice and the earth tool is the Plate or pantacle. Hogwarts students tend to use the same wand, regardless of whether the action of the spell has to do with air, fire, water or earth!

What about on the TV show Charmed, where three witch sisters make up spells on the fly or cast spells from the infamous Book of Shadows? How accurate is that picture? It depends. Most people can’t make up safe and effective spells on the fly – there are too many factors to consider and not enough time to consider them all. The safety and effectiveness of a spell is guaranteed by doing Tarot readings every step of the way. Tarot readings capture all the factors related to the situation, and demonstrate exactly how a spell will affect those factors. On smaller spells, you don’t need Tarot readings, but with the kind of “vanquishing” spells the sisters cast on the TV show, Tarot readings are definitely called for! On the other hand, their use of pre-written spells from the Book of Shadows is somewhat accurate. There are formalized and well-researched invocations will summon specific beings. If someone in your lineage has already done research or developed a working relationship with a particular set of beings or deities, those rituals can be re-used.

We hope you find this little primer on spellwork and magic useful and practical on your magical journey. It’s a big magical world out there – have fun!